Captivate your audience with the DDJ-FLX6. Packing a host of brand-new features, this 4-channel unit makes it easy to hype up the audience, mix tracks from totally different musical genres, and spice up your sets with pro-sounding scratch effects.

Add drama to your sets and easily mix different styles of music. No matter what the BPM or key of the next track is, you can create an exciting transition whenever you want. Simply press the knob and turn it as fast or as slowly as you like to start building up the tension in the music.

1. Select a Merge FX preset and press the knob

Choose one of the 4 assigned Merge FX patterns and press the knob to start building the tension.

Increase the influence of the effect by simply turning the knob — depending on the preset pattern you’ve chosen, the combination of different effects and samples is triggered at the same time.

3. Press the knob again to release the effect, then play the next track

When you’re ready to make a drop and move to your next track, simply press the knob again. The effect is released and, when one is assigned in the preset, the sample plays. The track stops automatically so all you need to do is hit play on the other deck to drop your next track.

In the new Merge FX section in rekordbox (PC/Mac), you can customize each effect type and the samples used in each pattern to create your own variations. Choose from 41 types of effect for each element (Build FX, Build Sample, Release FX, and Drop Sample) and combine them to create more than 9,000 different patterns.

Turn on Jog Cutter and simply move the jog wheel to apply a professional-sounding scratch effect to the last Hot Cue or playback position you used on that deck. There are 10 different scratch patterns and you can switch from one to another by simply moving the playhead position, shown on the jog wheel’s display, to point toward the angle for the scratch you want to use.

Pitch bending and scratching feels natural thanks to the large jog wheels, which are the same size as those on the flagship CDJ-3000 multi player. Each one features On Jog Display too, so you can keep an eye on the playhead position. 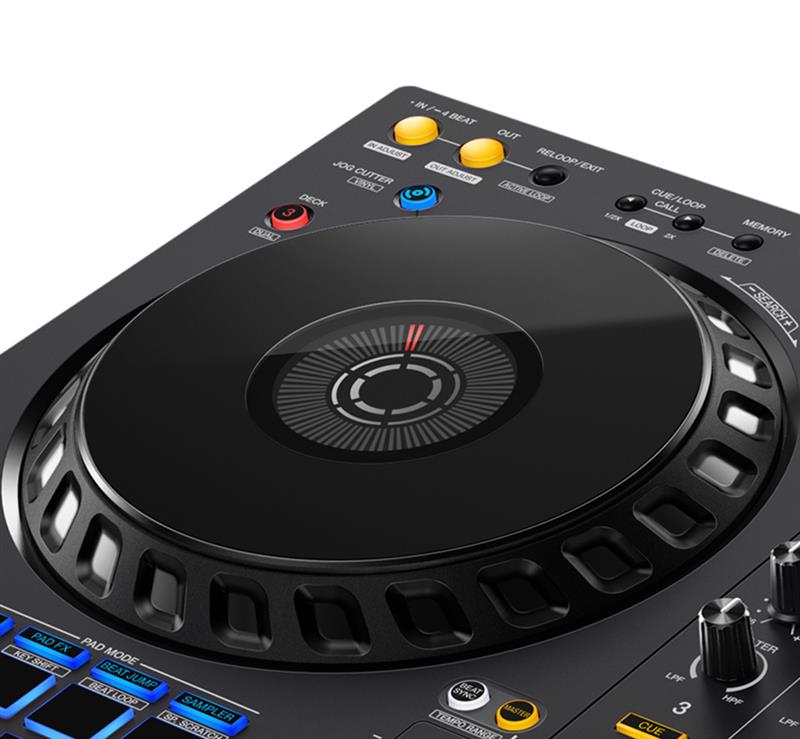 Sample Scratch: Get creative with your favorite sounds

Sample Scratch is a brand-new pad mode in rekordbox which enables you to choose sounds you’ve assigned to the sampler and load them onto the decks. So, when you want to create a live remix of a track, or simply add some texture to the music, you can scratch with your favorite sounds.

Plug and play compatibility with rekordbox and Serato DJ Pro

With a built-in sound card and support for DJ Performance functions in rekordbox (equivalent to the Core plan) and Serato DJ Pro, all you need to do is connect the DDJ-FLX6 via USB cable to a laptop that’s running either software application and you can start DJing. You don’t need a paid subscription plan for either. 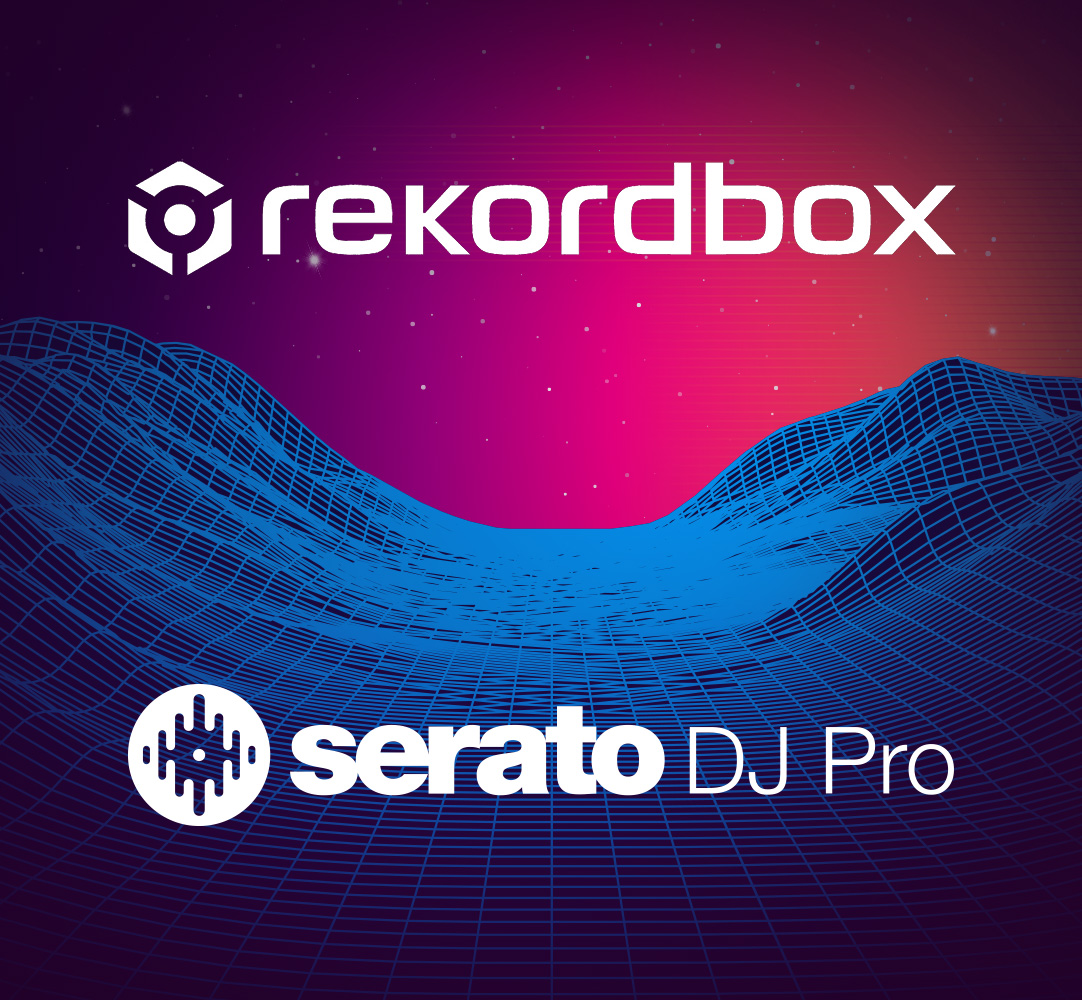 The layout of the controls on the DDJ-FLX6 is similar to that on our club-standard CDJ + DJM setup, so you can perform intuitively. However, this DJ controller introduces a fresh look, with a high-quality dark-gray matte finish and redesigned jog wheels that will make your setup stand out. 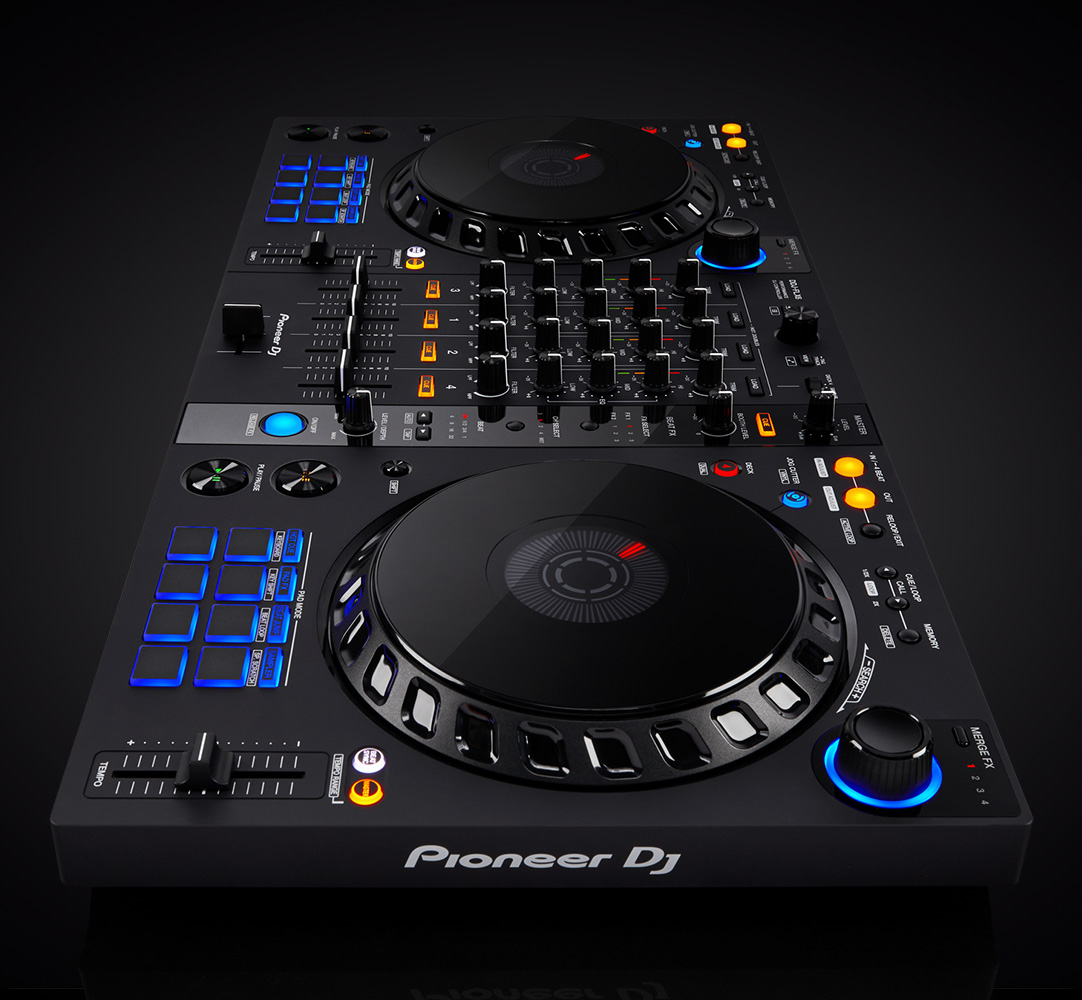 The mixer section has 4 channels, so you can freely create mashups or scratch on the fly.

Simply connect the controller to your computer using the included USB cable.

Thanks to a built-in sound card, the DDJ-FLX6 connects straight to your speakers or amplifier via a single RCA cable. Plus you can record to rekordbox using the same USB connection.

Plug your DDJ-FLX6 into your PC/Mac and start DJing – there’s no need to install an audio driver.

The Serato FX Pack is included. Get creative with Single FX mode or Multi-FX mode for in-depth control.

* The specifications and design of this product are subject to change without notice.